Setting Boundaries when There is a Conflict of Hidden Needs 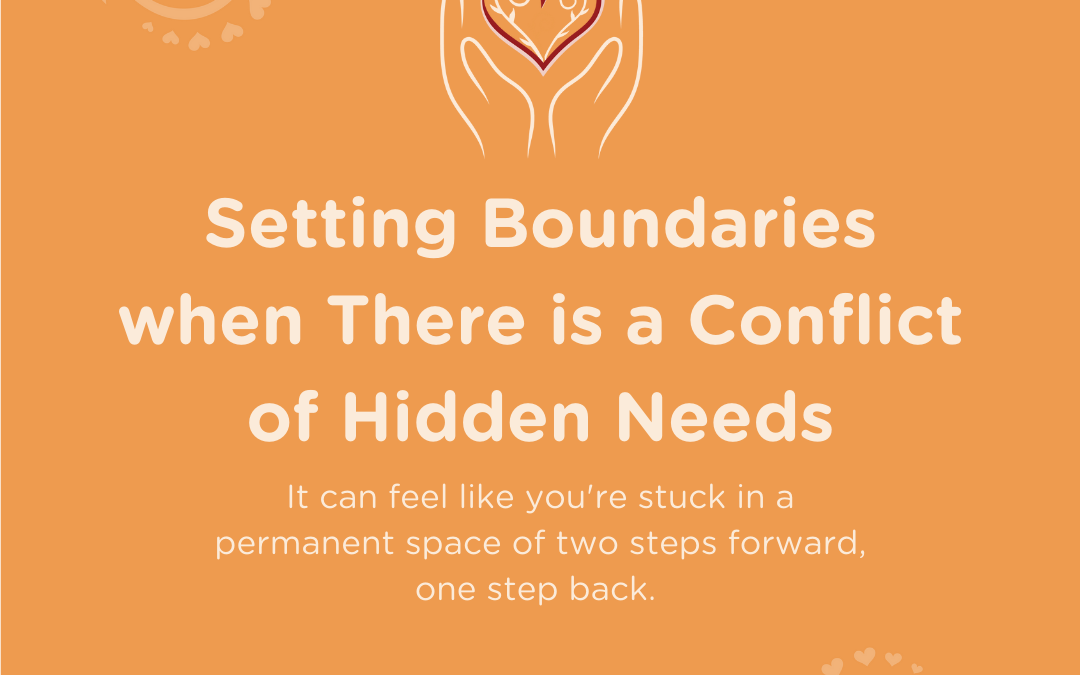 What is a conflict of hidden needs?

Whew! Here’s a real-life example for you:

The bench is left messy. We’ve had a conversation in which we agreed that the bench needs to be left tidy. After our initial conversation, things were good for a while, but the next week we’re back to the bench being left. It’s still messy!

And, once again, this is a brilliant learning opportunity.

Having a messy bench temporarily is not a sign that your parenting or communication is hopeless, useless, or a waste of time. You can tell that nasty self-sabotaging voice to butt out. The messy bench also does not signify that your kids are lazy, selfish, or stupid.

These words and this commentary are simply not helpful. For many reasons:

So don’t go there.

Instead, celebrate that you now have another learning opportunity to find out what’s really going on.

And it turns out … there’s a new problem! We just hadn’t known it was there because it was hidden.

The problem which is now highlighted is that the kids want to eat the food they’ve prepared for themselves while it’s still hot.

Before the bench being left tidy became a priority in our household, this wasn’t a problem anyone had ever thought about. The need was hidden in the jumbled problem of keeping the bench tidy.

By keeping the lines of communication open, it’s easy enough to find out what’s going on.

Here’s a sample conversation for you:

Me: “When I come home from work and see the messy bench, I’m frustrated because I thought we’d agreed it would be kept tidy. The bench being left messy slows me down and it means dinner is late.” (Note, this is a revision of the original I message I sent – I’m sticking to repetition).

The next line is crucial because right now we’re tempted to come out with a roadblock that sounds like, “That’s ridiculous.” (A judgment). Or maybe we want to say, “Well then tidy it up after you’ve finished eating.” (A fix-it).

Instead, it’s more important to stay in rapport with your kids. Right now they want to know you understand them. So instead of a flippant or emotive comment, it’s going to sound like this …

Me: “So you’re saying it’s important for you to eat your food when it’s hot.”

And then I zip it and wait. I’m waiting for two things:

This tiny exchange in the conversation is crucial to their buy-in to solve the hidden need that has just emerged.

What these two things give me is super important.

They give me buy-in.

Buy-in means my kids are now invested in solving this problem with me.

Me: “I can understand that your food is nicer to eat when it’s hot. I would still appreciate a clean bench though. Do you have some ideas of how we can make this happen?”

We ended up settling on two solutions:

Both of these solutions were reasonable and easy enough to put in place with a bit of training, consistency, and consequences.

By highlighting the original problem of a messy bench and enlisting their support to solve the problem, a new problem has come up.

Before we started cleaning benches we didn’t have the second problem. We didn’t know it existed. It was a hidden need of theirs that we are now able to uncover and solve.

By coming from a place of “I know we can solve this together. This is a learning opportunity,” I was setting us up for success.

I opened the door to a deeper discussion on the why behind the problem. And the standard I want to see going forward.

Plus, and this is the biggest bonus, I was modeling how to highlight needs and solve conflicts successfully going forward.

Who knew there were such valuable lessons right there? For coaching options to futureproof your parenting to where you’d like it to be, head over to www.beautifulconversations.co.nz